This is a project-based learning course for students interested in training with TOYZSTEAM. This class is based on both a book about 50 Cent and his $14 billion in economic impact and a music album created during an interdisciplinary hackathon in partnership with Toyz Electronics, CEO Damola Idowu and the music department. The class features a recording project based on the #Hackharrasment Stop The Bullying PSA song. Students will work in groups to create a superhero podcast based on Da Great Deity Dah and their own characters they will create.

The weekend was sponsored by Intel. Toyz Electronics CTO Wole Idowu was selected by Intel as one of four students at prestigious universities nationwide to represent Carnegie Mellon as its #HackHarassment ambassador.

Their collaboration began as hackathon/ a jam session but with a focus on solving problems.  The issue of bullying, harassment, and abuse is a serious one in society.  Through music, people from different backgrounds can collaborate to create compositions resulting in art that has a tremendous impact on society.

This hackathon was Wole Idowu’s initiative to address the issues of online harassment, bullying, and abuse.  “Stop the Bullying,” the centerpiece song from the recording sessions, covers these issues and underlying ones with depth and insight that is typical of his father Damola Idowu who performs as Deity Dah’s lyrics.  The project allowed him to flex his songwriting muscles and work with uber-talented student and musicians.

The vision of the project was to gather students from Riccardo Schulz’s class along with musicians from the School of Music and over the course of a weekend, compose music then have Deity Dah and his production partner, Moods and Vibrations, arrange the compositions and at another hackathon, record the vocals over the course of another weekend.  Eleven songs were composed at the direction of Da Great Deity Dah and assisted by Dawoud Shahidu and their affiliated hip-hop group, The 5 Bros, giving direction to the musicians.  It was a massive undertaking, with limited time to work and a lot of music to compose, but everything came together splendidly.

Riccardo Schulz, Teaching Professor at the School of Music at Carnegie Mellon University and recording engineer, said of the process, “It was an amazing experience to work with Deity Dah and his team in recording the tracks for his latest CD in the Vlahakis Recording Studio at Carnegie Mellon. Just as amazing were the Carnegie Mellon students from the School of Music and many other academic areas who devoted their time and talent to making this recording – both as engineers and musicians. Every student who was involved rated this as one of the best recording projects they have ever worked on.”

Of the partnership, Da Great Deity Dah states, “It’s the greatest honor of my life to be able to work with the next generation of great musicians in the early stages of their careers, addressing such a huge societal issue and involving other students and departments in the process shows the power of collaboration and is a testament to [the] great academic environment Carnegie Mellon University fosters.”

Stop the Bullying served as the centerpiece for the project and other songs were inspired by music Damola created as Da Great Deity Dah in the 90’s.

You can view his vinyl catalog on Discogs here

Early in his career as a freestyle artist in Washington DC he also would perform with Jazz Musicians at open mic venues. Reimagining the 3 songs from his 90’s catalog, the PSA Stop the Bullying, and other songs written in the 90’s but not released forms the direction of this album. Guru Jazzmatazz served as an inspiration of a Hip-Hop Jazz Fusion album.

This wasn’t the only activities going on as part of that Hackathon Weekend. Other events were held simultaneously on campus. Autodesk would talk to students about Fusion 360 and Maya so the can learn about industry design tools.

Wole worked at EA under the General Manager of EA Sports and Roy Harvey spoke to students about game design.

Google will have engineers from Android Wear talk to students about tools and developing for wearable devices.

Wole also had a smartwatch he was developing on campus and students will make apps for the watch during this same hackathon. Learn more about the hackathon Here http://toyzelectronics.com/tngl-weekend-hackathon-february-2017/

The idea was to remove barriers for developing for technology platforms by seeing how it also integrates with our lives culturally and having industry professionals provide help on using their tools.

Students in this class will learn how to mix music. They also learn about, marketing, product packaging, audio recording and sound production.

They also learn how to color a comic book through an introductory lesson on the packaging of the product. This also introduces them to the concepts of 3D modeling, and illustration.

“Stop the Bullying” and the entire album are available on iTunes here and can be heard on Spotify here and on YouTube here.

What Will You Learn?

Introduction to TOYZSTEAM
Introduction to TOYSTEAM Class. This class will teach students about the concept of music culture impacting technology and how music can have a positive influence on society. Students begin working on writing their superhero characters and stories against bullying and prejudice.

STOP THE BULLYING WRITING
Using an essay and the Lyrics of a song Stop The Bullying that was recorded with the Music Department at Carnegie Mellon University, Students learn how to write by expressing their own views on the subject matter

STOP THE BULLYING COMIC BOOK STORY RECORDING
This topic is based on the song Stop The Bullying. Students are thought how the song was created and get a chance to recreate the song. The instrumental is supplied so students can interpolate the original music or create their own versions. Students also will be able to use skills learned from the creative writing course and record their own comic book story or their own lyrics or poems using the supplied instrumentals

PRODUCT PACKAGING AND DESIGN
This is an introduction lesson to how to design physical music products. Students are given a Black and White version of the album cover along with the design files. They can modify the album to include their contributions and also color the cover as they like. They are introduced to the concept of 3D models via the action figure USB.

MARKETING YOUR PODCAST USING TECHNIQUES FROM 50 CENT
50 Cent has a significant impact on the value of social media companies. 50 Cent has over 11 million followers on Twitter and over 25 million followers on Instagram. Both platforms primarily make their revenue from advertising. Twitter made over $3 billion in 2019 and Instagram made over $20 billion in 2019. 50 Cent has over 3,000 posts on Instagram. He also uses the platforms to generate value for Spirits companies and his TV and Film ventures.

FINAL PROJECT PRESENTATION
This lesson is a celebration and presentation of the final products the students created. 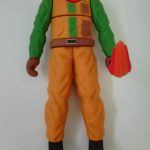 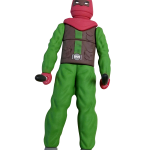